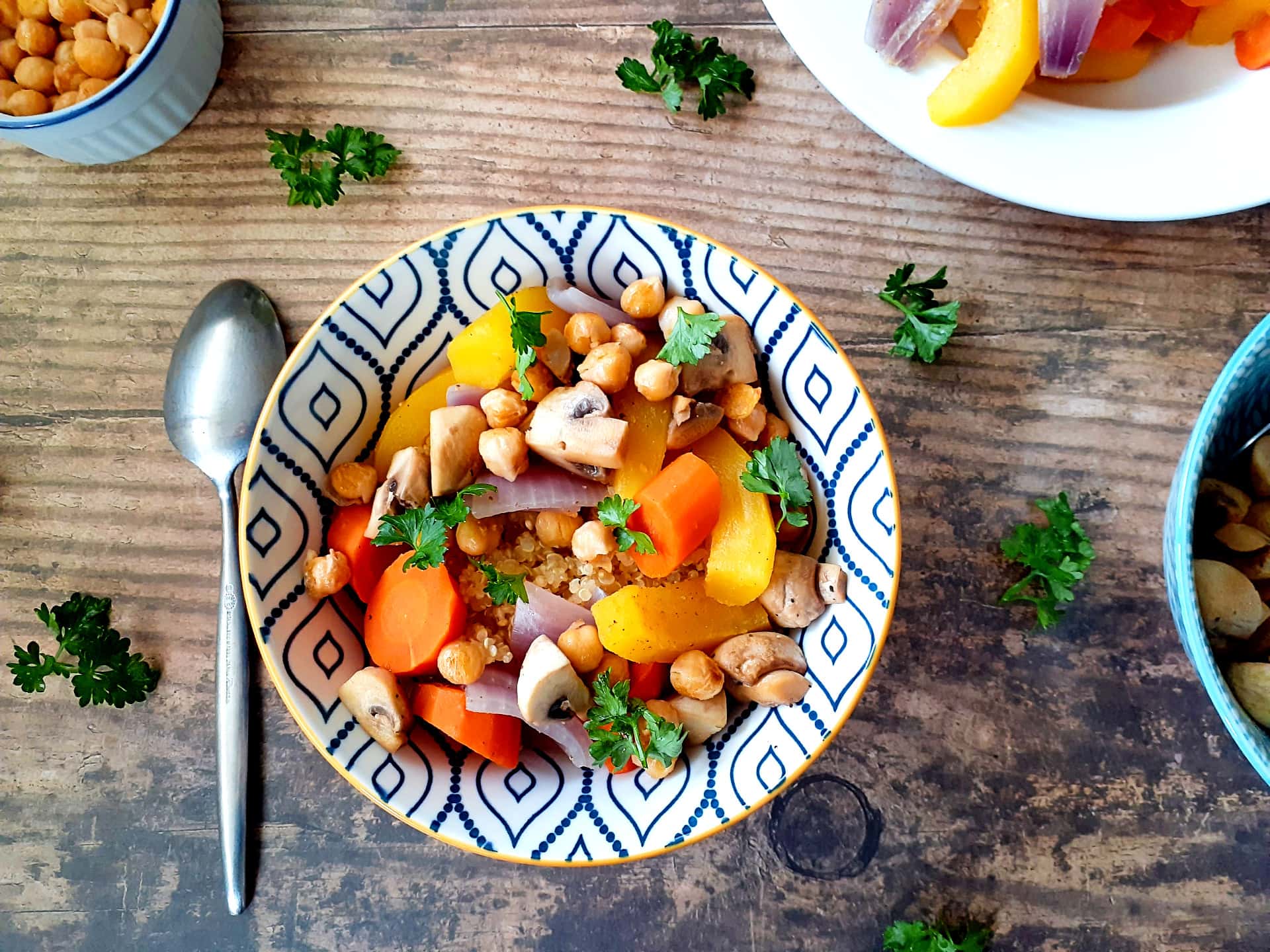 A colorful and nutritious quinoa bowl with fall vegetables, mushrooms, chickpeas, and spices.

This heartwarming meal is vegan and gluten free.

For the vegetables, I used carrots, red onion and acorn squash, but you can definitely substitute them with what you like or have in your fridge, for example :

Broccoli or cauliflower instead of carrots (cook for 10 minutes) ;

Pumpkin or butternut squash instead of acorn squash ;

Roasted Brussels sprouts instead of mushrooms.

Nuts and dried fruits work well too in quinoa bowls ! Hazelnuts or pecans for some crunchiness and dried cranberries or raisins if you like sweet and savory flavors.

I added cinnamon and cumin in the vegetable broth, you could also use ground coriander, chili or turmeric.

How to cook quinoa?

Quinoa is a great gluten free ingredient that is full of protein and nutrients. There are several varieties that you can choose from, all listed in the blog Simply Quinoa, which also guides you on different ways to cook it.

Before cooking, rinse quinoa in cold water to remove the bitterness located on the outer coating of the grain.

Quinoa requires twice its volume of water to cook on the stove. I used the broth from the vegetables to cook the quinoa. Make sure that your broth is not too salty as the quinoa is going to absorb it all. If it is, do half water half broth.

Once the water or broth is boiling, cook the quinoa for about 12 minutes, until the water is absorbed. Remove from the stove and cover with a lid for 10 minutes to let it puff.

Be organized and don’t waste

Organization is key to not wasting time and money.

You’ll have to adjust the quantity of salt depending on the type of broth you’re using. My preference is to leave some sea salt on the table when serving so that everyone can season to taste.

Since I don’t like wasting food, I keep the leftover broth to make a soup or cook rice with. I also use the chickpea water (aquafaba) to make eggless meringues or macarons. 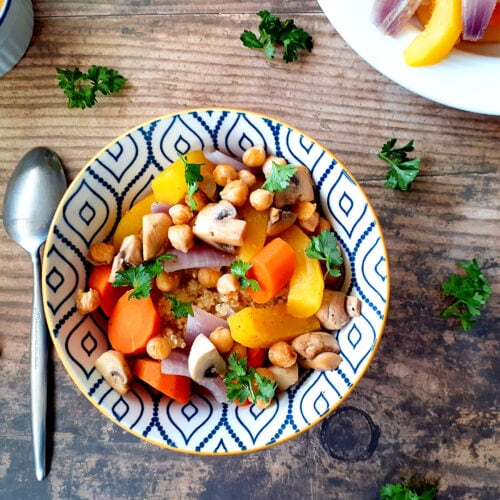