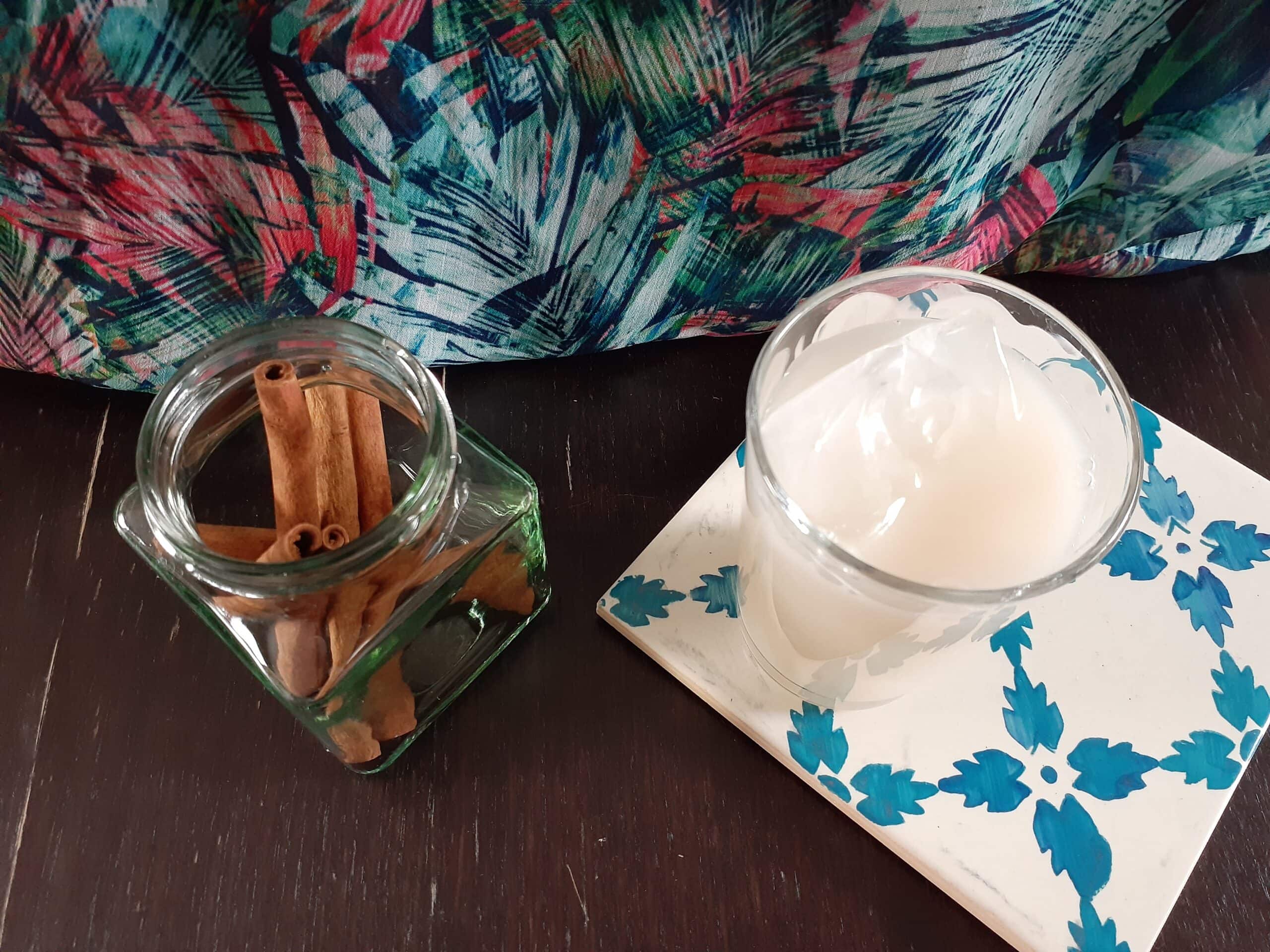 Horchata de arroz is a plant-based rice and cinnamon drink from Mexico. It is therefore vegan and delicious! You can have it cold, poured on ice, during hot summer days or hot during cold winter days.

It is very easy and quick to make but requires to rest overnight for the flavors to infuse.

Once the rice and cinnamon water is strained, add the rest of the ingredients. You can use any plant-based milk, I personally used a coconut-almond blend milk. Just check if it is already sweetened or not and if there is vanilla in it. If this is the case, reduce the sugar and/or the vanilla.

After mixing all the ingredients together, wait a few minutes so that the tiny pieces of rice and cinnamon that went through the strainer fall down to the bottom. Don’t pour this sediment when serving the horchata. 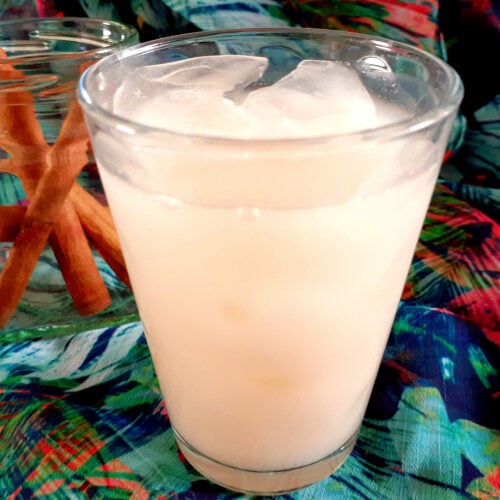 Don’t use ground cinnamon, it’s going to give your horchata a sandy texture. Once strained, let it rest in the container for a few minutes so that the tiny pieces of rice and cinnamon fall down to the bottom.
Keyword Cinnamon, Plant based, Vanilla, Vegan, White rice