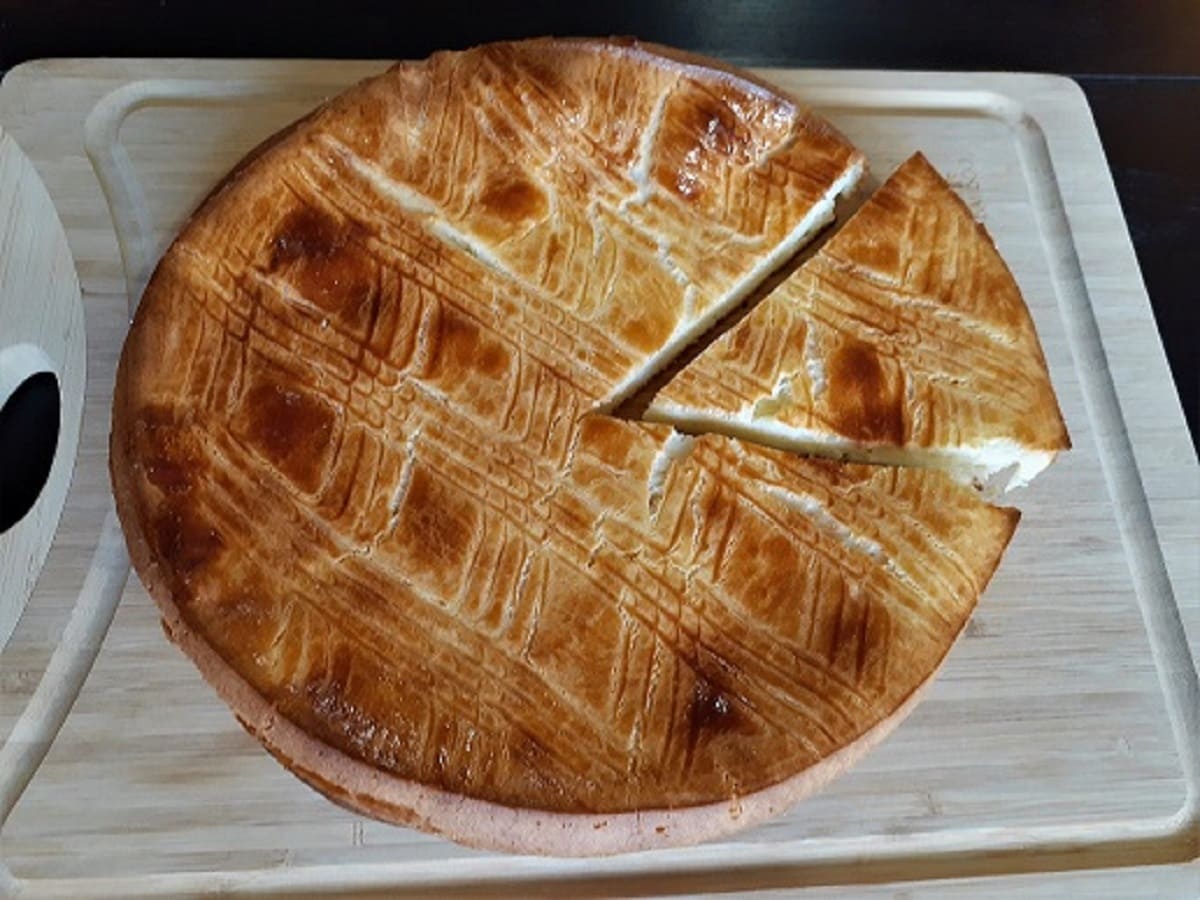 Second round of galette, after the Galette des Rois that you can find anywhere in France to celebrate the Epiphany, here is the specialty of my region! The recipes are completely different. When the first one is made out of frangipane and puff pastry, this one is sort of a mix between flan and chou pastry, flavored with orange blossom water. 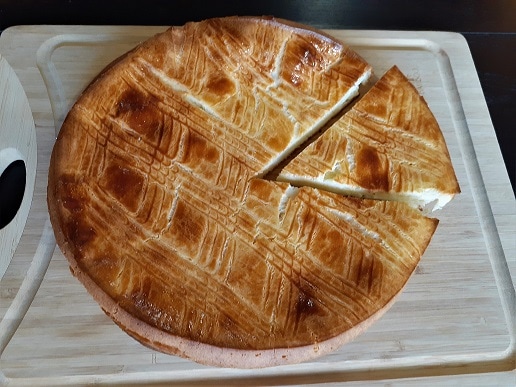 In a pot, bring to a boil the milk, sugar, butter and salt.

Meanwhile, weigh the flour, the eggs and the orange blossom water in different containers.

When the milk starts boiling and the butter is melted, add the flour all at once and stir with a wooden spoon for about a minute, until it forms a ball and detached from the sides of the pot.

Transfer into a mixing bowl along with the paddle attachment and leave it on second speed for a couple of minutes – until there is no more steam coming out.

Add the eggs one by one, mixing and scraping the bowl properly every time. Once done, add the orange blossom water and mix one last time.

Pipe a first layer of the pastry and place the feve on a side.

Cover with the rest of the pastry and even it out. Egg wash with the yolk and trace some lines with a fork.

Put in the oven for about 30 minutes, until the galette has a nice golden brown color. The galette is going to rise, like a souffle, but is going to flatten when you remove it from the oven.

Wait until it cools down to remove from the mold.

Keep the galette in the refrigerator.